6 Secrets to Having Siblings Who Actually Like Each Other 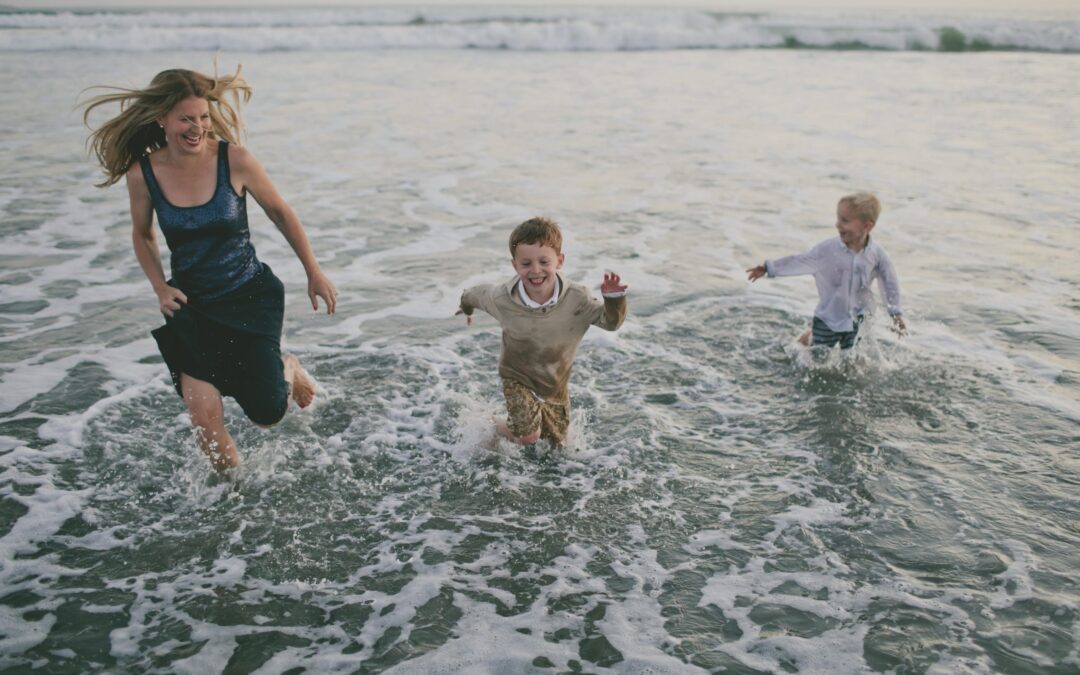 “My kids fight all the time.”

“I am so sick and tired of their arguing.”

“I wish they would just get along”.

Between my therapy practice and real life, I hear these all the time. Growing up, my mom had the phrase (albeit I hated it at the time): FIGHT NICE. Gah. I remember getting so frustrated when she said this and now, I think it is near genius (Thanks, Mom!).

We are 10 years into the sibling thing at our house and so far, I have to say it is going pretty well. (They actually WANT to have sleepovers in each other’s rooms on the weekends. I think that is a win.)

What’s the secret? I think I actually might have found 6 of them:

I’m Just going to throw out the hardest one first. Learning how to navigate conflict is NOT a skill kids are born with. I repeat. They are NOT born with this skill. So you are going to have to both MODEL it and TEACH it to your kids.

Model how you want them to handle difficult situations. Role play. Have real conversations  about conflict. Teach them about conflicts you have been through and how you handle them. Have healthy (KEY WORD: HEALTHY) conflict in front of your kids where they can see the ingredients: I statements, Apologies, Forgiveness, Statements that State what you need/want, etc. Read them books about conflict. Pause tv shows and discuss conflict when you see it (you can pause for good examples and bad examples). We often will pause to remind our boys “we don’t treat each other in our house that way” (ugh. TV).

Don’t assume siblings know how to argue. They don’t.

2. Lay out the NON-NEGOTIABLES.

Physical Violence (hitting, punching, kicking, destruction of property,) and  Name-calling (yep. I’m serious. Our crew is not allowed to call each other names. We just don’t tolerate it …and we don’t think you should either) are our two. If you have too many, no one can keep up with that. The kids won’t remember them and you can’t regulate them. So keep it simple. Only have a few. But make them count and follow through.

We’ve heard helicopter parenting terms for a few years now, but now there is a new one. It is Snow Plow Parent. Have you heard it? A snow plow parent doesn’t want their kids to experience anything bad so they forge ahead of them and make sure that the path is smooth.  Don’t do this. Don’t rescue them (helicopter) or ensure that they wont get into conflicts (ahem..thats impossible anyway).  LET them have conflict. Listen intently to when or if you need to interject. Let them try to handle it themselves.

So much sibling conflict comes because of sibling RIVALRY. And, the #1 way to create sibling rivalry is to foster RESENTMENT.  So this one is  important.  It is so important that our kids are allowed to be siblings and one (or many) don’t take on the role of parent.

When one sibling takes on the role of “Ill tell (sibling) to do their chores” one minute and then wants to play together outside another minute, that can send a confusing and frustrated message. This is a power play and it will inevitably cause conflict! So, to avoid this altogether, we use the phrase in our house:

“Let me be the parent, you get to be the brother.”

Want to know more? If they still insist on parenting their sibling I will say:

“If you want to parent your brother, you can also do his laundry tomorrow, because that is what his parent does.”  (That usually nips that behavior right away!)

If I had a dollar every time, I use this principal, I would be buying a sailboat sooner than later (that is our family dream!).

Rivalry. Comparison. Entitlement. Selfishness.  These words all circle around this concept and it is so important to teach our kids that we will do things in our family that are FAIR but they will not always be EQUAL.  Afterall, just because one person gets a cast at the doctor after falling at recess does not mean that they all will.  That would be EQUAL treatment, but certainly not fair.  We will treat our kids as FAIR as we humanly can, but it WILL not be equal.

Rich I’m telling ya. I say this all the time.

Saving the best for last.  Every sports team has team members that are skilled at different things but striving for the same thing: to be a part of the best team. To get along for the good of togetherness.  Build a family that has FUN together. That PLAYS together. Sings songs in the car together (No technology in the car), that respects each other’s strengths and differences as part of what makes the TEAM so incredible!